The Bio Mat is a pad which lies on top of a massage table or your home mattress. It converts electricity through a computerized control panel, produced by Texas Instruments, into Far Infrared Rays (FIR), nature’s invisible light.  Far Infrared was discovered by NASA to be the safest, most beneficial light wave. This reduces swelling, increases blood flow and has been shown to destroy cancer and viral cells without harming surrounding healthy cells. It penetrates 6-8 inches into the innermost recesses of the body, stimulating healing and regeneration of nerves and muscle tissue layers.

About two years ago I was given the opportunity to try out a “BioMat” which is a Amethyst Crystal filled Far-Infrared-Light mattress pad.  As soon as I laid down on the mat, I sensed the energy of the Amethyst Crystals swirling around me and within minutes a calm sense of balance came over me.  This was one of those “wow” moments.  I felt warm, relaxed and rejuvenated.  I focused on the pain in my wrist from a car accident and was curious to see if I would get any relief.   By the end of that session I became a believer and was convinced I had to add this to my array of healing tools.  Since then, I have spent many grateful sessions relaxing and meditating on my BioMat and have used it to help others in their healing process.

The BioMat pad lies on top of a massage table or your home mattress.  Produced by Texas Instruments, it converts electricity through a computerized control panel into Far Infrared Rays (FIR), nature’s invisible light.  Far Infrared was discovered by NASA to be the safest, most beneficial light wave.  The FIR rays on the BioMat penetrate 6-8 inches into the innermost recesses of the body, stimulating healing and regeneration of nerves and muscle tissue layers.

Many Chiropractors and Physical Therapists use deep tissue FIR to reduce swelling and increase blood flow to facilitate the body’s own healing process.  Some studies have shown FIR to destroy cancer and viral cells without harming surrounding healthy cells. The BioMat takes FIR a step further by passing the infrared light through a layer of amethyst crystals. 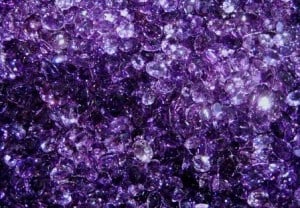 Amethyst has been known since ancient times for its calming and healing effects. The “Amethyst Effect” is a change in infrared light when refracted through amethyst crystals. Scientists experimented passing far infrared light through a variety of substances, including various gems, glasses, and plastics. Amethyst was found to be the only substance which clearly changed the spectrum of infrared light. According to scientists, waveforms mimicked patterns similar to the human voice. Crystallography shows far infrared refracted through amethyst crystals organizes far infrared into geometrical patters with higher bio-compatibility. Korean researchers propose that addition of the amethyst allows for greater increase in the utilization of the light by the human organism. 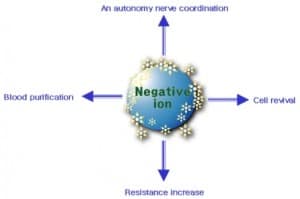 The BioMat also gives off negative ions – nature’s energizer.   The direct conduction of negative ions allows for an immediate response and change in the body’s electrical field for all people.  When the amount of negative ions in the blood increases, the calcium and sodium circulating in the blood are ionized. This increases the blood’s pH and has an overall alkalizing effect on the body.  There is an increase in inter-cellular communication. Cellular metabolism is facilitated, and as a result there is an increase in cellular nutrient uptake and cellular hydration. In addition, cellular waste materials are efficiently excreted. With the increase in cellular metabolism, an optimal cell function is rapidly revived.

These two components are transferred through Amethyst Quartz channels which cover the entire BioMat’s surface. Amethyst Quartz is natures Super Conductor, scientifically found to offer the steadiest, most powerful delivery of healthy far infrared light waves and the highest vibrational frequencies into the body. It is known to be a powerful detoxifier, assisting in releasing its user from addictions such as alcohol, food and substance abuse, as well as hangovers and toxic residues. It also produces naturally occurring far infrared waves.

This technology is being used in spas and professional practitioner’s offices all over the world. Physical therapists, chiropractors and acupuncturists are realizing the benefits for their clients. Boeing and Microsoft have placed them in their buildings for employees to use. So start today by being proactive about your health and well being. A good nights sleep or a mere 25 minute nap on the BioMat, can go a long way to ensuring that the years ahead of you will be healthier, enabling you to be more active and enjoy life’s journey to it’s fullest!